Trek has an office in Hardenwijk and Nate's co-worker Ned was kind enough to set us up with electric bikes for the week. After breakfast in Amsterdam, we took a 1 hour train ride east to Harderwijk, where we picked up the bikes. After walking through the Trek World expo and meeting the 15 or so Trek employees, we rode 53 kilometers southwest to Utrecht. The weather was perfect for a ride: partly sunny, no wind and felt like 65 degrees. 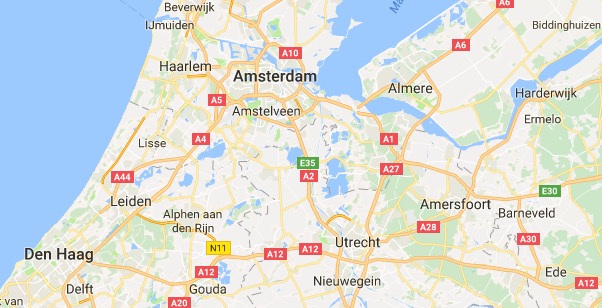 I guess I shouldn't have been surprised, but the bike paths are incredible here! Not once during our 53 km did we have to share space with cars. Whenever there was a roundabout for cars, there was also one for bikes. Pedestrians, bicycles and cars each have their own stop lights and sensors under the pavement let the bike stop lights know when you are coming so you don't have to stop and push the button before you cross. Along our route, there were plenty of cute cottages and grand houses to look at, as well as lots of farm animals. 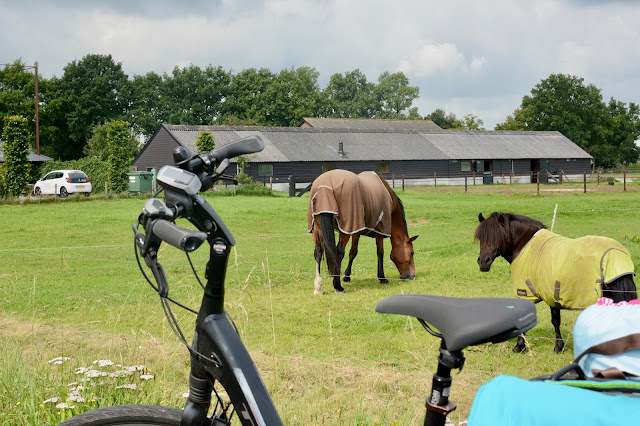 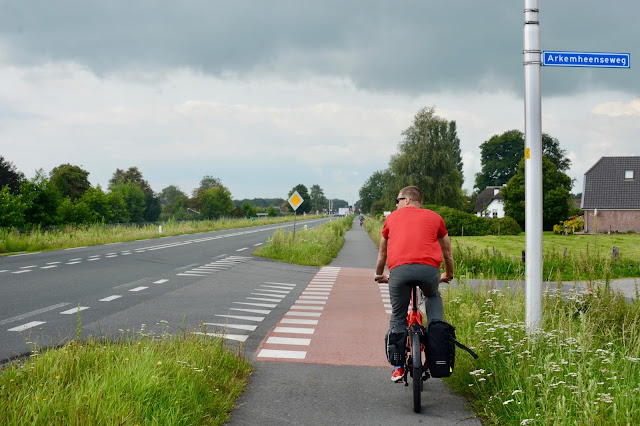 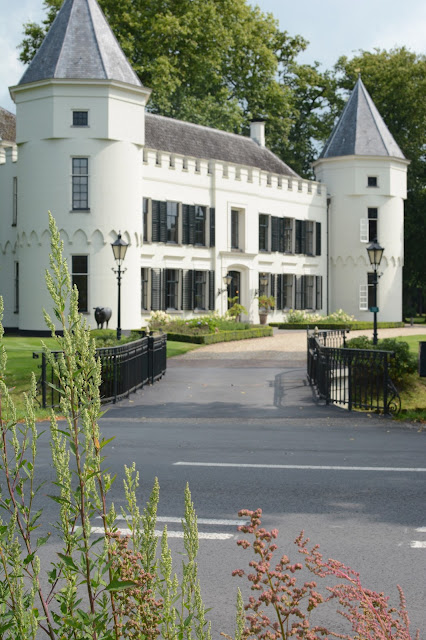 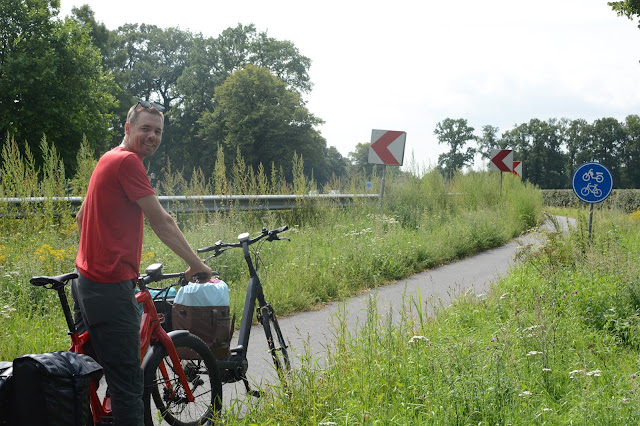 Once we arrived in Utrecht, we parked our bikes at a fancy, free underground bike parking garage and checked into Mother Goose Hotel and walked to lunch. Utrecht was instantly my favorite city in The Netherlands (so far!). A few lovely canals like Amsterdam, but with better shops and a much less touristy feel. Fewer cars, prostitutes and coffeeshops than Amsterdam, too. 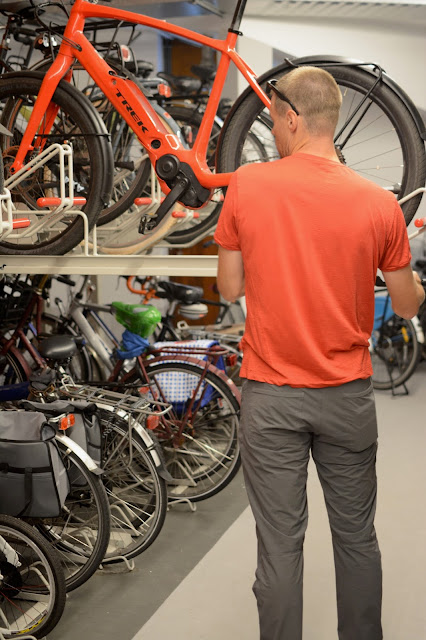 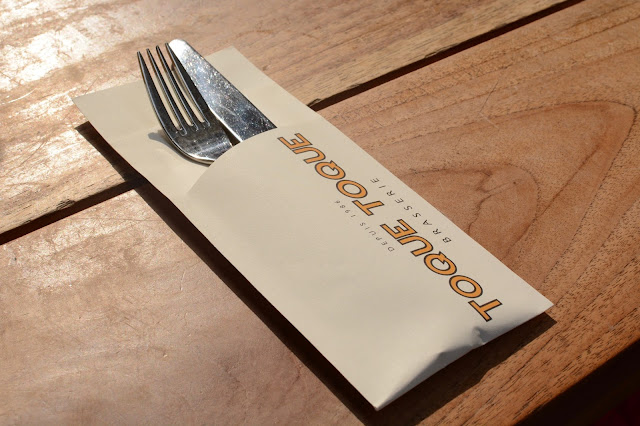 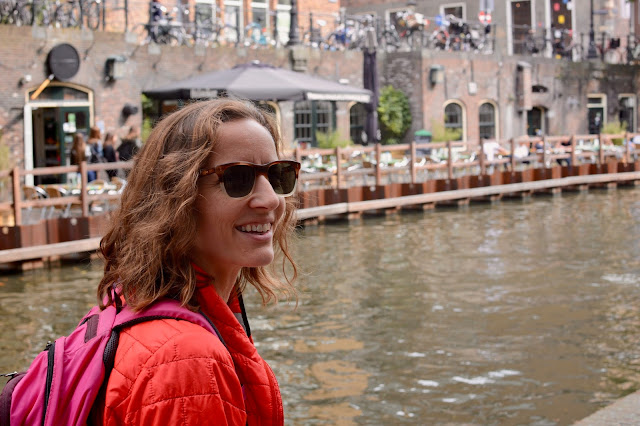 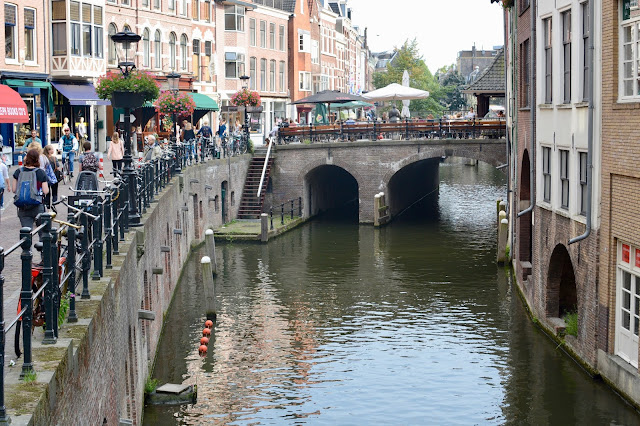 Before dinner at Blauw, an Indonesian restaurant recommended by our hotel, we walked around the Dom Tower, which is tallest church tower in The Netherlands. As we left the restaurant, Nate happened to see a poster advertising (what he thought was) a Radio Head concert coming to Utrecht. As we walked back to our hotel, we realized that the musicians in the bell tower were playing Radio Head songs. We were quite far from the tower when they finished, but happened to have a clear view of one of the top balconies, where they came out to wave and acceptance applause from the crowd below. 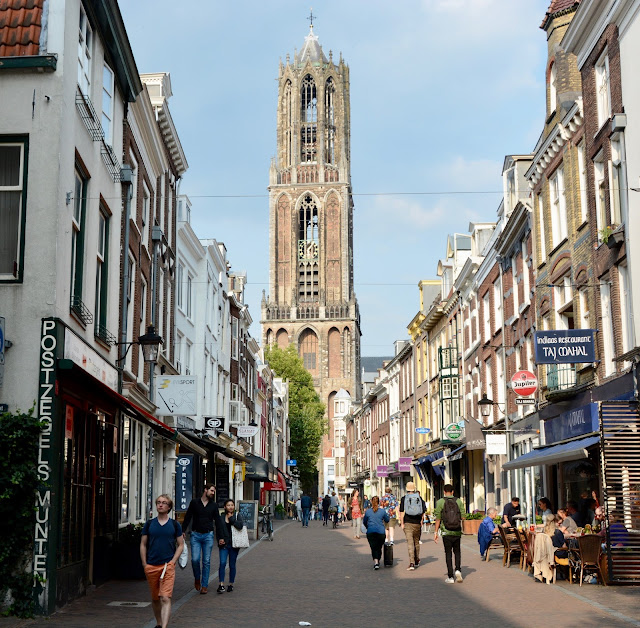 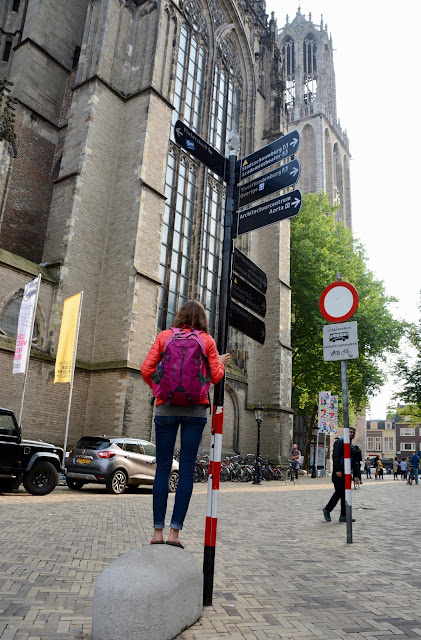 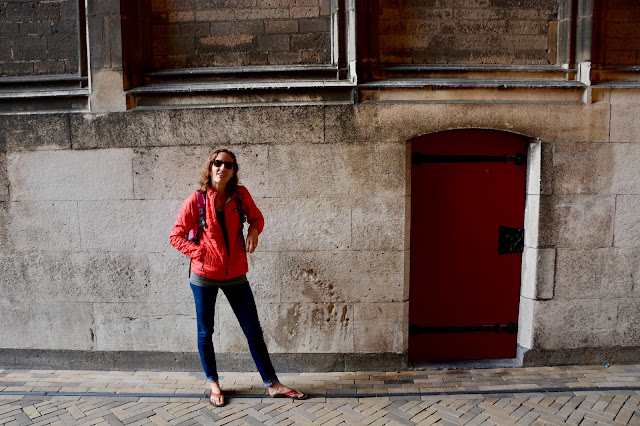 Posted by Alicia Bosscher at 3:52 PM