As a non-singer, meaning, as someone who doesn't sing in a choir or for an audience, I'm really beginning to feel the importance of the silly little kids songs I sing on a daily basis, or the times when a good song comes on in the car (Part of Your World or Eye of the Tiger, for example). Singing out loud just feels good. This afternoon, as Peter struggled to give in to the tiredness overtaking him, I sang three songs, while watching his eyelids intently, praying they would close. The first was Hush Little Baby, which he has always loved. Next, Three Little Birds. And finally, Night Mantra. I repeated this sweet, short song about five times, before Peter (with eyes still open), said, "That's enough singing. I didn't want you to sing that song over and over and over again." I replied, "Okay, will you close your eyes then?" He did. And as I type, they are still closed. Whew.

Rewind to yesterday. I'm trying to get Peter down for his nap before Allison came to babysit. I'm singing his three song requests and after, trying to leave. He wants me to stay. "I have to go get my haircut, Peter. If you go to sleep now, you'll have more time to play with Allison." He looks at my hair and touches my hairline. "Why do you need to take a haircut, Mama? Because it's doing this?" [as he feels my frizzy curls near my temple]. I tell him it's because it's been a while since I had a haircut. He says, "but I want it to keep doing this." Oh, my dear, sweet boy. I hope you always are so sweet to your mama.

Not that we need photos for this memory to live on, but... 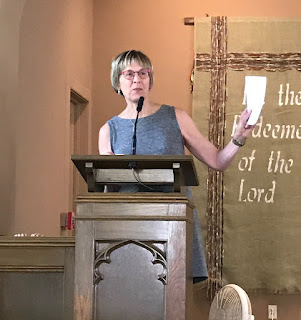 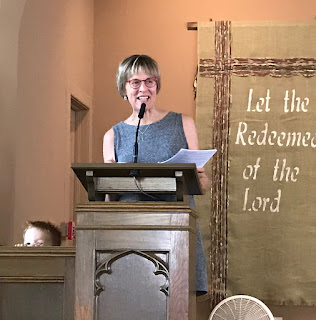 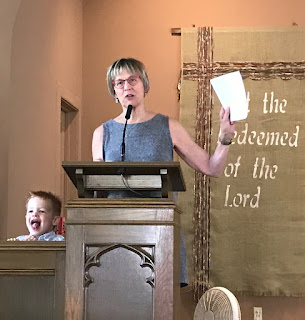 I do hear some movement upstairs. I'm sure it's Cora, who is in that gray area of needing a nap. She is so much more level headed and pleasant if she naps 3-4 times per week. The upside to no naps? Falling asleep easily at night. As she prepares for full days of kindergarten this fall, part of me wants to cut the nap cord sooner rather than later. But at the very same time, as a working-from-home-mom, I really don't want to do that. For now we're in a every other day napping situation and it's getting us through.

Cora has been showing her preferred way of receiving love lately: through gifts. If only I was a less frugal mom, it would be so fun to buy her new things all the time! Her and Louisa rejected my idea of watching shows in exchange for chores because they decided it would be more fun to earn prizes. What kind of prizes, you ask? Not my favorite kind. Cheap toys from Target that take them too long to pick. For now, they are earning a stamp on a chart and each stamp will be redeemed for money. Perhaps only 25 cents each, although I'm afraid they may give up on the whole chore thing if they accumulate their allowance too slowly. Cora has her eye on a $15 finger monkey, which would require 60 days of chores. No chores on Sundays, so that's 10 weeks of chores. Probably a bit of a stretch for a 5 year old with less than stellar patience, huh? 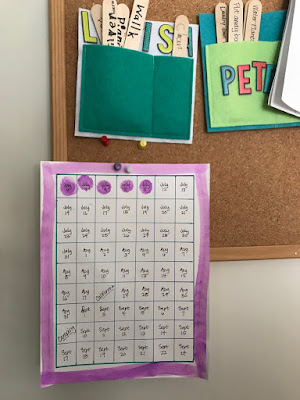 She may not be patient or do chores out of duty, but she can be really sweet, offering to share things with Peter to avert a 3-year-old tantrum. 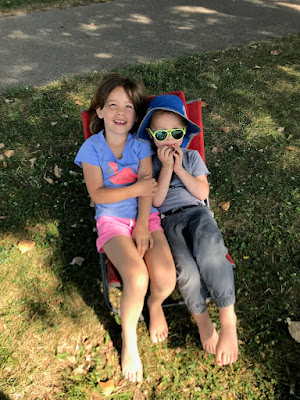 Then there is Louisa, who stopped napping sometime during her 4th year of life. Lou's cheery soul probably didn't need a nap recharge since around age two, but I needed it for another two years. Now she is regularly stretching and flexing her independence muscles - asking to go to the corner grocery store by herself and riding her bike 0.75 miles to her 3 hour play practices. She asked for a digital watch, carries her own library card (in her own purse) and is loving her ultimate frisbee class and tennis lessons. 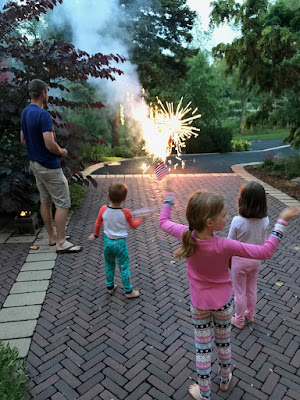