Today we spent the entire day in one city (amazing!) - Den Haag. I'm sure we only saw a tiny bit of what the city has to offer, but it was a great sampling! We biked 10 minutes to the city center to meet a organist/carillon player named Bernard. We slowly climbed 300+ stairs to the top of the bell tower with him, then went out of the balcony to see the city. He played the bells joyfully and aggressively for an entire hour. After the private concert (which was heard across much of the city), we walked to a nice plaza (called a "plein" and pronounced plane) for lunch before a visit to the Escher museum. 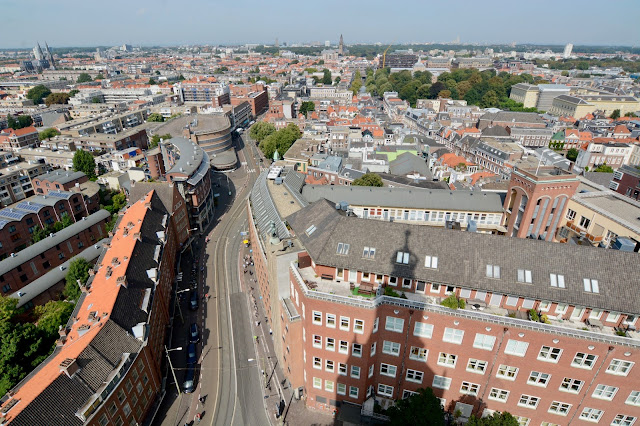 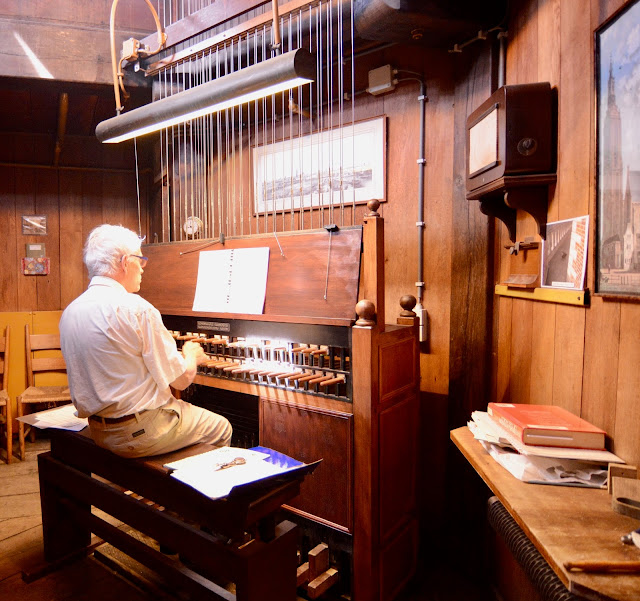 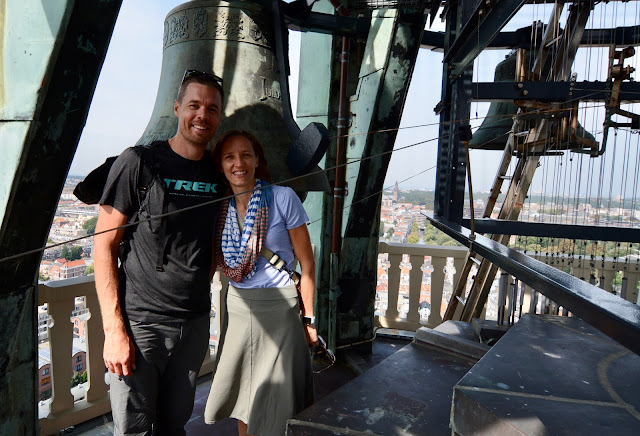 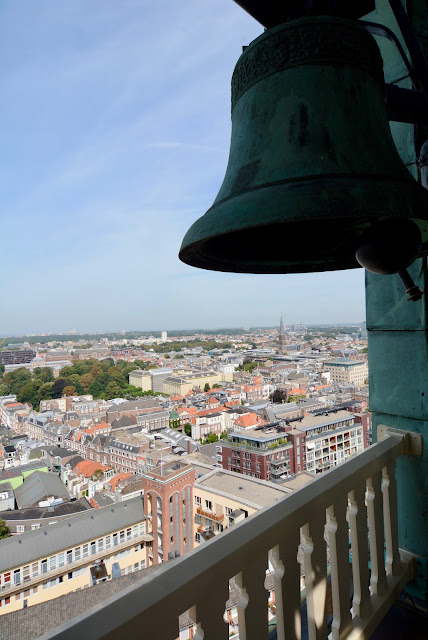 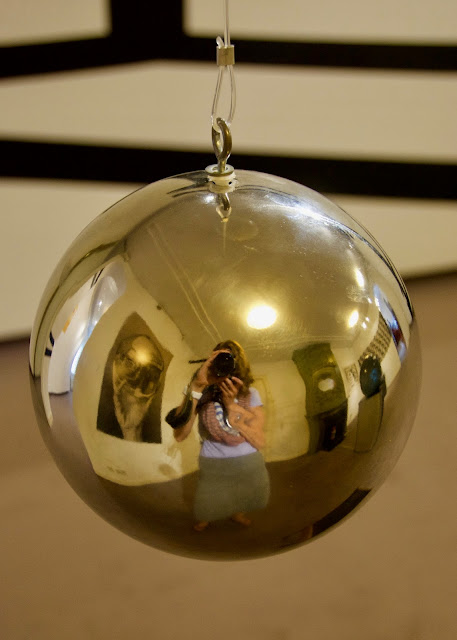 Posted by Alicia Bosscher at 11:41 AM