There are some sweet faces that haven't received enough air time on this blog lately. I love you all dearly, Lou Bear, Bean and Buster Brown!

This was only the second time they've all been in the bath together, so I called Nate downstairs to snap some photos. 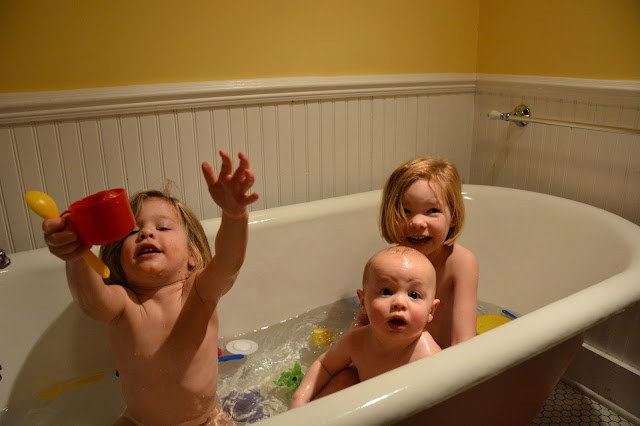 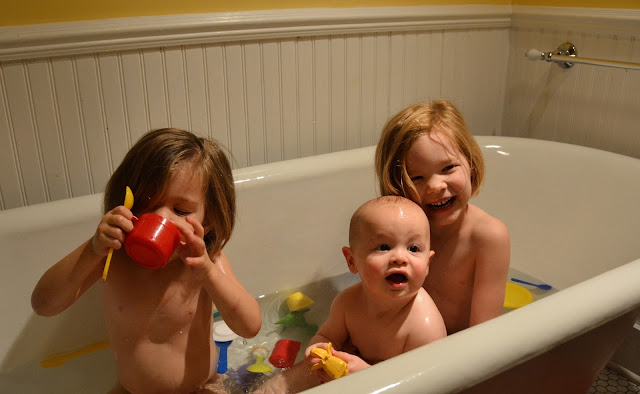 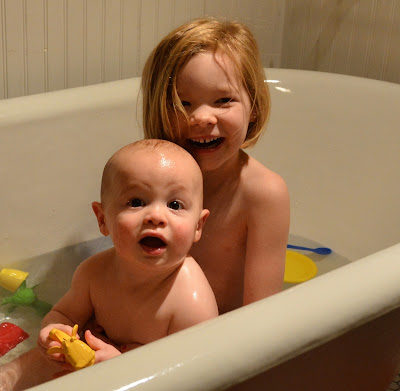 Nate is not interested in playing Santa with our kids, which is fine, but until a few days ago, he had not yet broken the news to Lou and I was getting all sorts of questions about how he fits down the chimney and how he knows when we're awake. When the two of them went Christmas shopping earlier this week, she asked about Santa, so Nate said something like, "Lou, is Santa real?" "No," she answered. I'm sure there was some pleasant follow-up conversation, but I can't remember. Tonight she asked how he knows when we're sleeping and when we're awake, so I asked again if he was real. Again she said no, then went on to explain that "it's pretend magic, that's how he knows." Help! How do you answer these questions in way that lets a child believe in "magic" without letting them think that Santa actually brings presents to kids? Maybe the answer lies in Louisa's statement about pretend magic. Perhaps analogies might help? But if you explain that Santa is like the tooth fairy, what if your child believes in the tooth fairy? And then there is the whole issue of making sure Louisa doesn't spoil her friends' Santa belief, right? I guess there a bigger parenting problems, so maybe I'll just let Lou lead the next conversation. 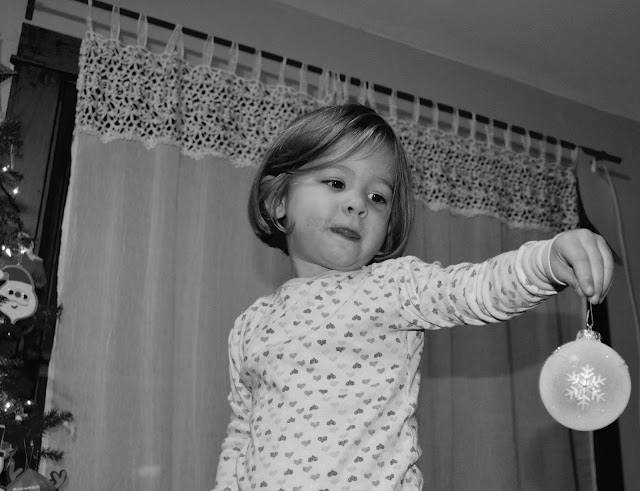 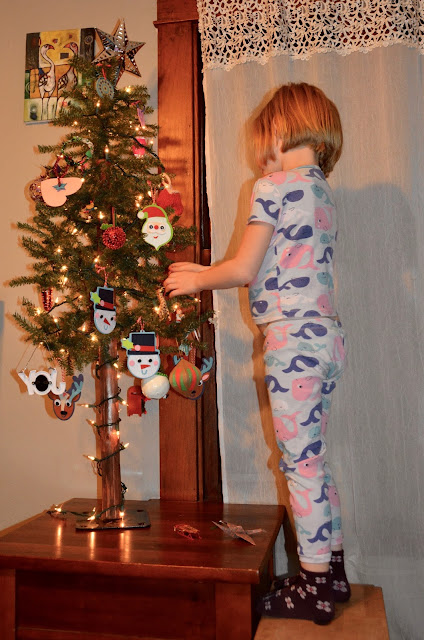 In this last photo, Cora is trying egg nog for the first time (ever? or at least since last Christmas). She was surprised to learn that she likes it. Although a few nights later, Nate gave the girls more, and to stretch it for himself, he diluted it with milk and forgot to stir it, so the milk was sitting on top. Cora took a drink and said, "me no like. me have only milk" which is funny because she loves milk. Goes to show that what you expect to taste plays a big role in how it tastes. Cora's language is finally blossoming, and it's pretty entertaining at times.
Posted by Alicia Bosscher at 9:06 PM