Louisa turned two last Monday, April 29th. It's about time, since she's been saying that she's two for many months now. Nate's been trying to get her to say "one" for a very long time, and while we're pretty sure she is capable, she's not willing. He sort of gave up this week and started teaching her "uno" instead, which she said immediately. Ah, two year old humor.

To celebrate the big day, we invited friends to a nearby park on Sunday. It totally wore us out since we're still sleep deprived, but it was a really nice afternoon and for the first time we were able to pull together our various CA friends so they could meet each other. When picking my favorite Evite invitation for the party, I saw this one, which gave us the idea to ditch the typical birthday cake tradition and serve ice cream cones (with sprinkles!) instead. 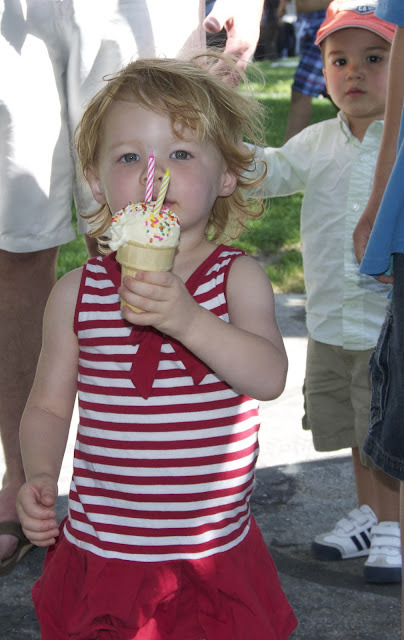 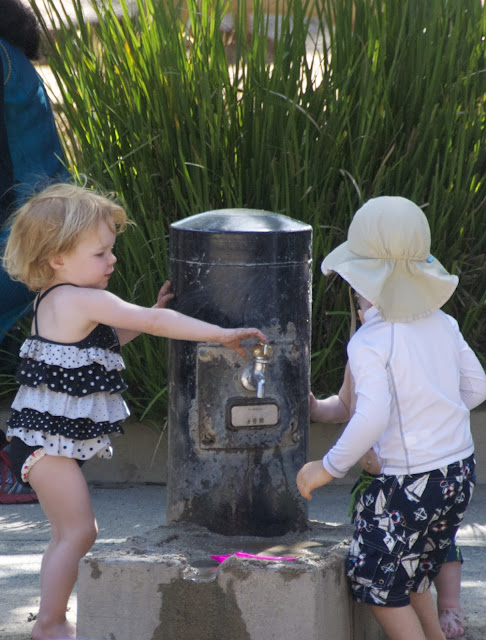 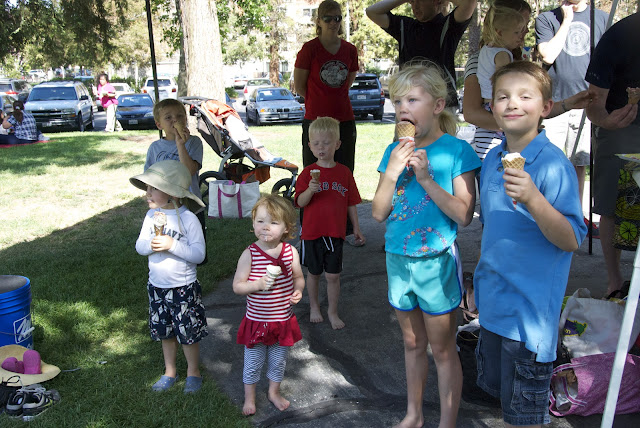 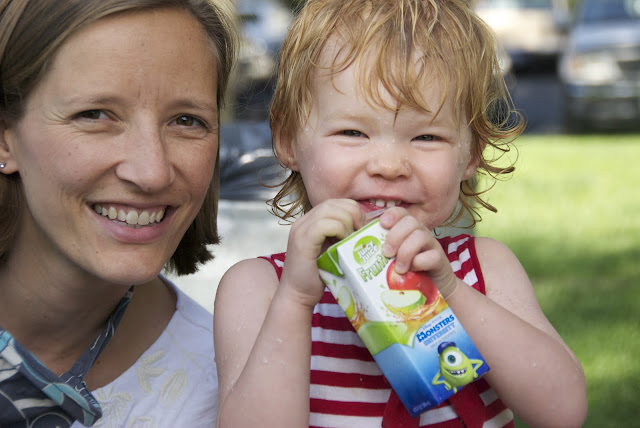 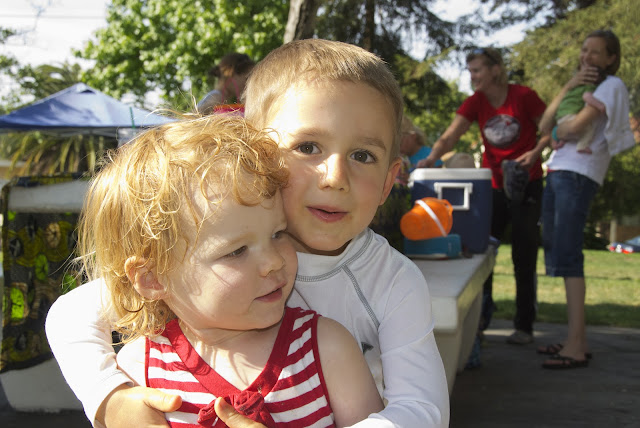 Posted by Alicia Bosscher at 5:17 PM