What a foolish mistake to not blog about our marvelous trip to Alaska until months after it ended! It was such a great family trip, in big part thanks to all the planning Nate did and the amazing hospitality Anne & Andrew offered.

As you can see from the first picture, things started off right with the iPad junkies sitting together on one side of the plane while Nate and I chilled across the aisle. It's hard to say what the kids are watching, but I'm going to bet on Stinky & Dirty for Peter and Harry Potter for the girls. We flew out of Chicago at 8 am and our direct flight landed us in Anchorage by around 1:30. Unusually warm weather welcomed us almost as warmly as Jack welcomed Cora. Even though Cora and Wren are the same age, it was striking how Louisa and Wren adored playing with each other. Peter and Marian were also pretty into each other's 4-year-oldness, so it was quite ideal that Cora was drawn to Jack (and vise versa). But all six of Oma's sweet grand-kiddos were thrilled to be together again! 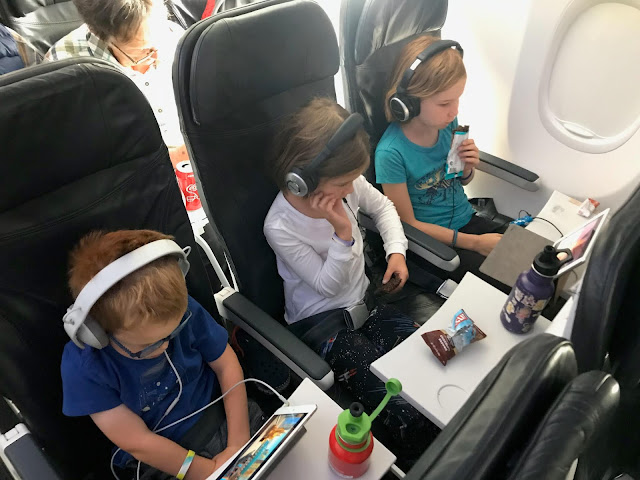 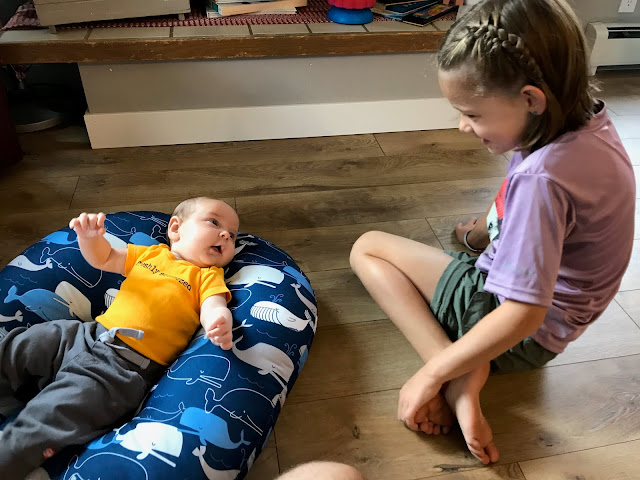 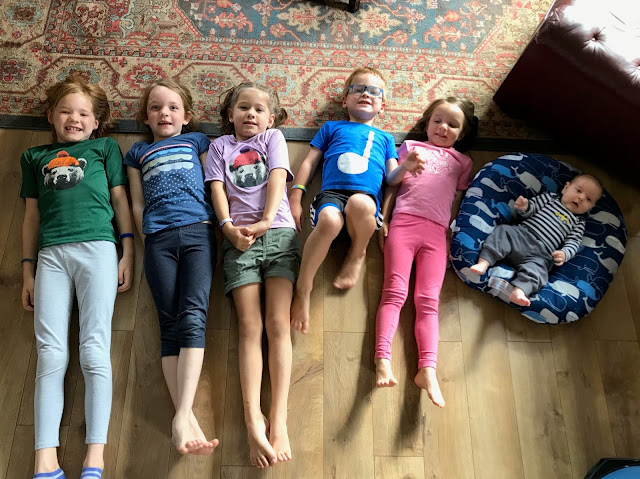 Anchorage has a lovely downtown. Anne explained that they put a ton of resources into the gardens in the city center, despite the short growing season. It was lush and beautiful! One day while Nate and Andrew worked on cabinet trim, Anne and I took the kids to the Anchorage Museum, which had so much to offer. History of native people, a Molly of Denali exhibit, steel wedges in the courtyard for kids to jump off of and take slow-mo videos... 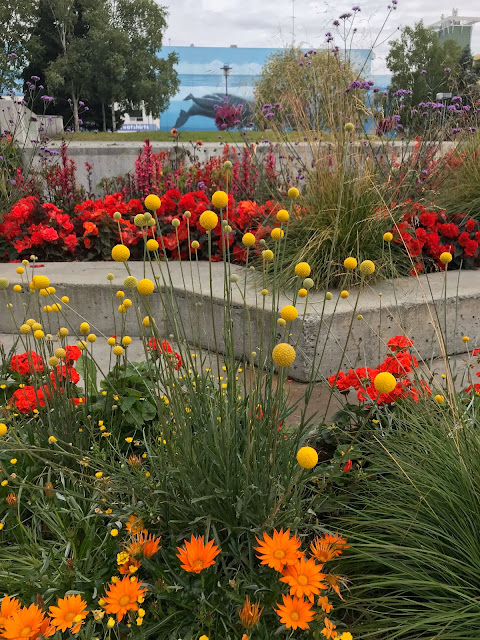 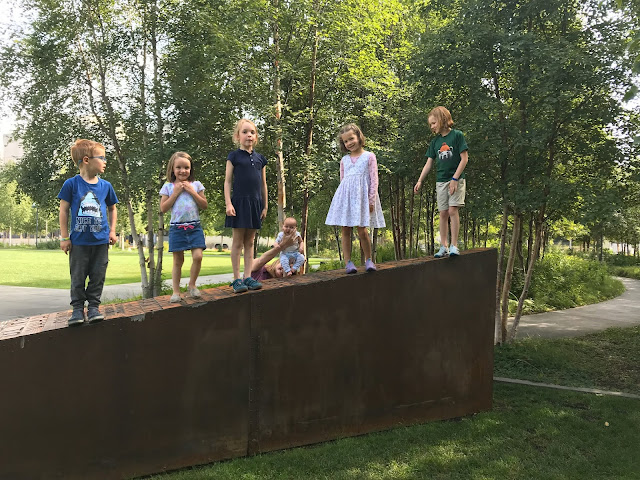 Anne, Wren and Marian took us to the setting of the classic story Blueberries for Sal and the kids had a fantastic time picking tiny, wild blueberries while learning the difference between a blueberry and a crowberry. Despite the sweet partially lidded bucket that Anne made for collecting, all but the ones we ate directly from the bush eventually returned to the ground when the bucket tumbled down the hillside. It's probably for the best, since the kids were planning to make natural dye from the leftover berries. 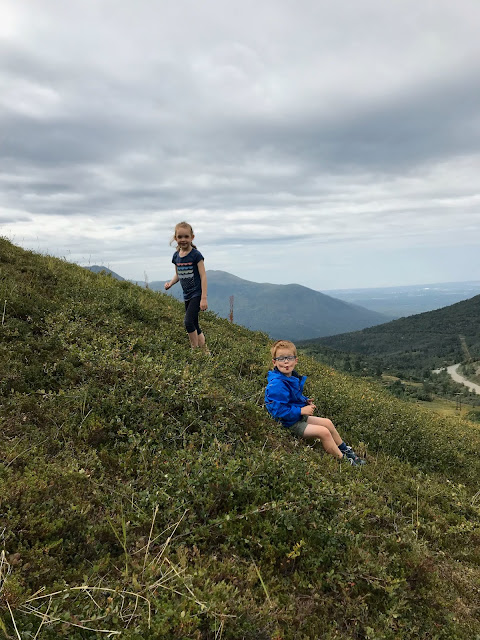 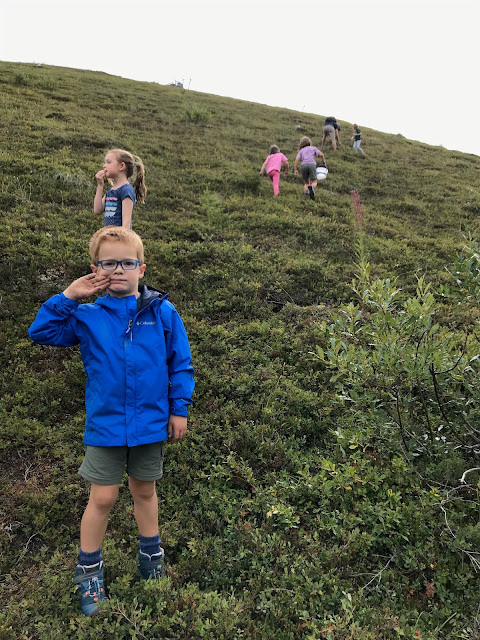 A hike up Flat Top came highly recommended, so we accepted the challenge. Man were the kids troopers! We layered up and packed plenty of bribe-snacks, which proved to be genius because at the bottom it was dusty, dry and hot whereas the summit was windy and brisk. Although looking at the girls attire in the summit photo below would not have you believe that it was actually chilly!

It's impossible to capture all the fun moments we had in and around Anchorage, but this was an attempt to get a few memories down on paper. After going through our photos, I decided it was a mistake to try to fit the entire trip in one post, so be on the lookout for another post on our road trip south of Anchorage sometime soon! 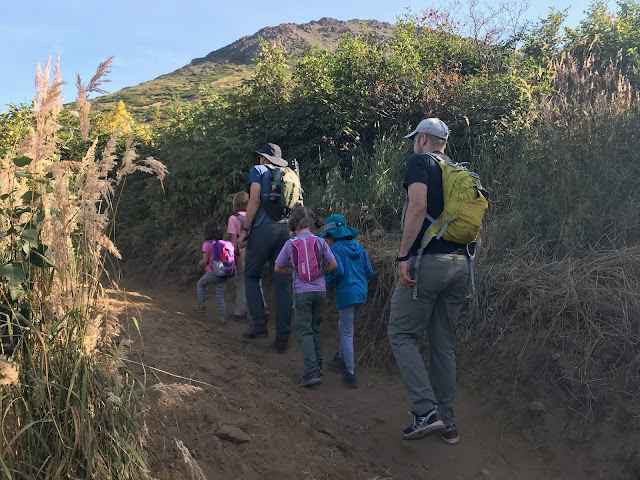 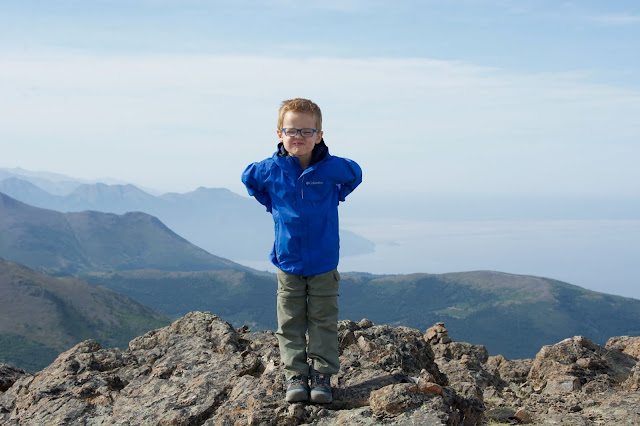 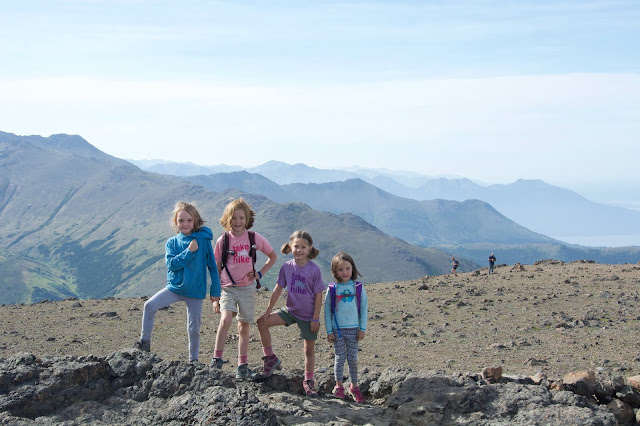 Posted by Alicia Bosscher at 8:29 PM