The new house got a lot warmer last week! FoamTech came and filled in our walls with marshmallow cream...or at least that's what Louisa was hoping as she slowly moved her hand toward it. Can I touch it? she asked. She was surprised at how hard it felt and asked what it was like when they sprayed it. I don't know for sure, but I told her it was probably like shaving cream that she gets to play with at school. Nate was really happy with how fast they worked - it took the crew 5 days to insulate the entire house and they filled every hole, every exterior stud space (is that a technical term?) and the entire underside of the roof. Toasty warm! 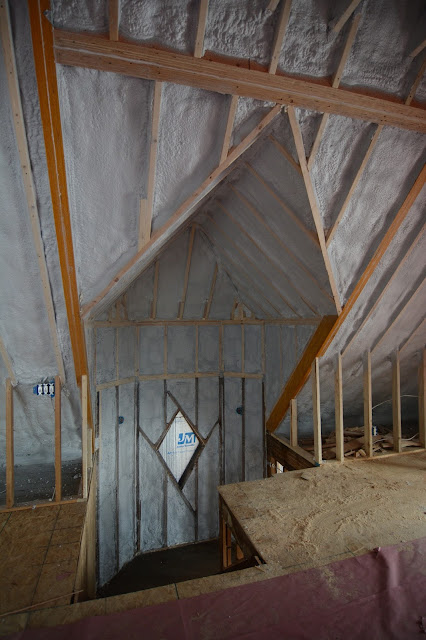 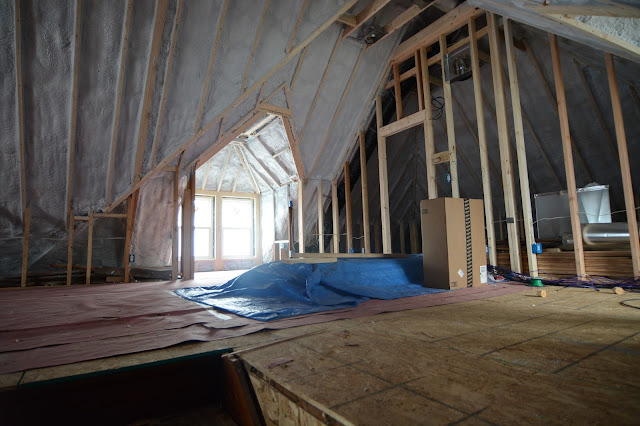 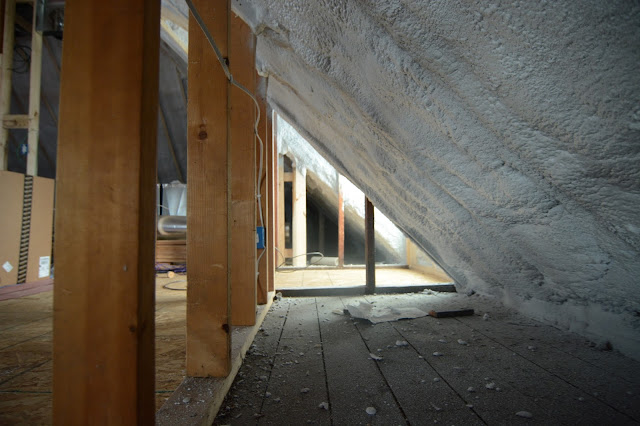 On Sunday we had a little heat wave, so Nate enjoyed some time outside, building new brackets to support the landing of the main staircase. This is an important step because we need to have the final three windows installed before the drywall can go up. The brackets needed to be in place before the windows because the windows could break if things shifted. Leave it to Nate to think of these crucial steps. I think he had fun with the first of many artistic pieces. The brackets are nice to touch - super smooth! That grid of circles between the brackets is where they sprayed foam into the cavity under the stairs. Spraying it in from the outside, through these holes meant we didn't need to rip out more lath and plaster from that 5x2x3 unusable space under the stair landing. 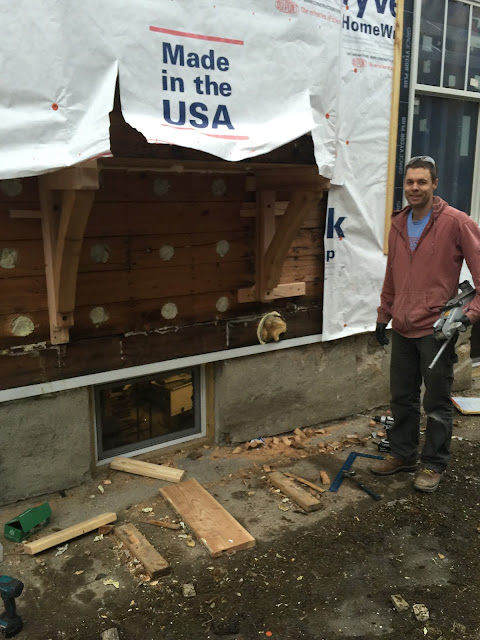 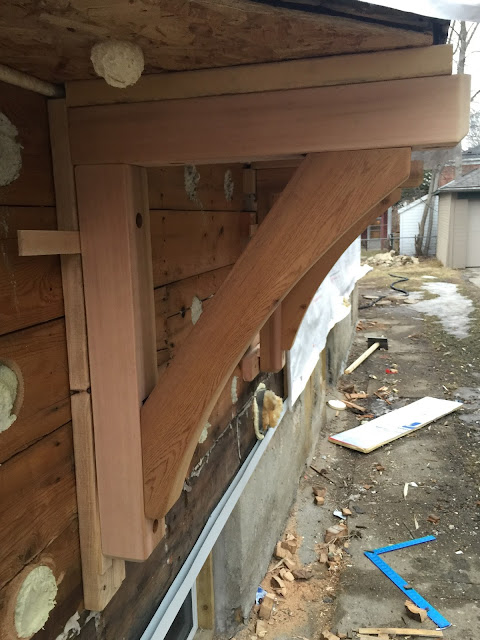 Cora took the opportunity to wear the kid work gloves and hold the tool bag since Lou was not around. It was incredibly difficult (and very entertaining) to get her fingers in the glove fingers. 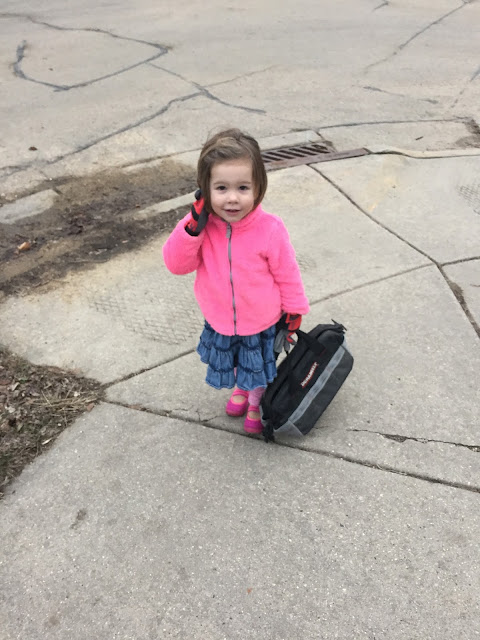 On Tuesday Peter napped early and I delayed Cora's nap so the three of us could go to the children's museum while Louisa was at school. Peter loves exploring and it was nice to let Cora decide which areas she wanted to play in, instead of having her simply follow Lou-the-Leader around. 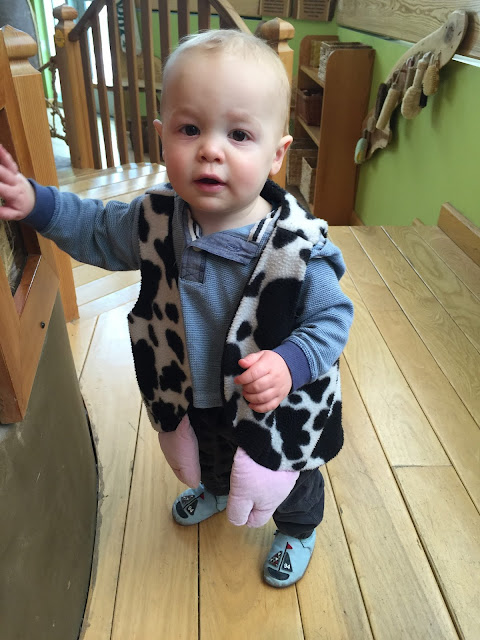 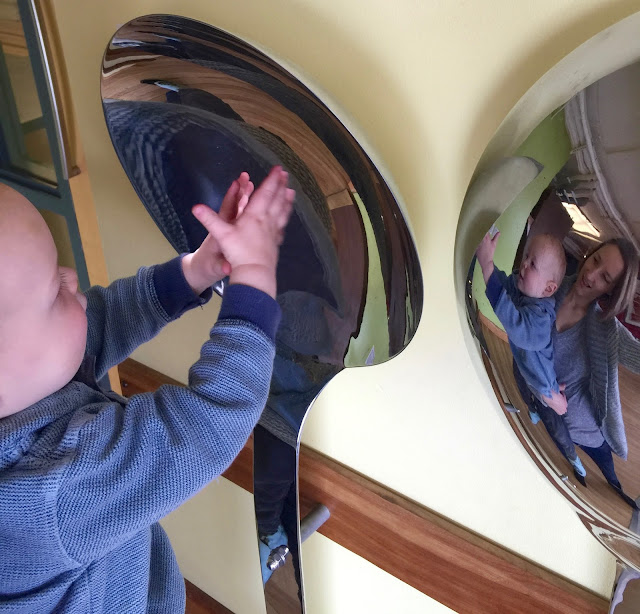 Seems like yesterday when this same "castle" was taller than Cora. Soon she'll be 3!

Posted by Alicia Bosscher at 8:58 PM