Our New Definition of Adventure 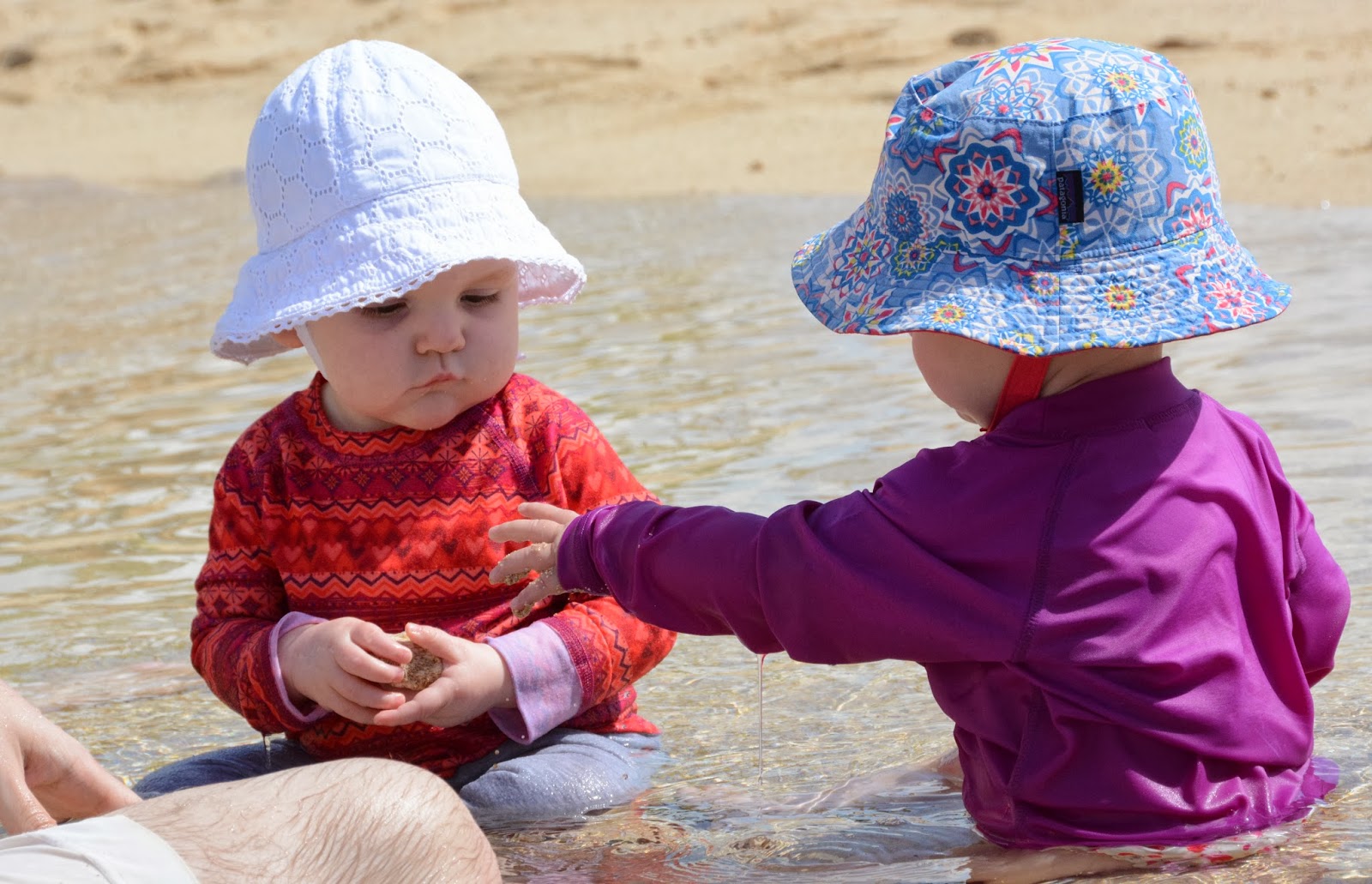 Last week was special and exhausting, yet relaxing. We went to Hawaii, thanks in HUGE part to my grandparents who offered up an expiring timeshare week. In September of 2012, we took our first trip to Hawaii: destination big island/Kona. And thus joined the legions of Californians who vacation in Hawaii. I guess you could say it's close, but it's still a 5 hour flight. And although I wouldn't have guessed that living in California leaves you yearning for beach time, it's "cold" enough that it does.

I told Nate how much I love traveling with him. He's the planner. He's the logistics coordinator. He flew in from 8 days in China on a Thursday and we all flew from Oakland to Honolulu early Sunday morning. Thankfully Louisa is old enough to understand that it's cool to wake up at 5 am if you're going to Hawaii. And Cora? No understanding, but that was her preferred wake up time anyway, so she was happy. A digression, if I may. The cry-it-out sleep training method? Awesome for us. Yes, Hawaii messed it up a bit, but would I do it again? Absolutely.

But the week was nice. Super low-key and lacking in adventurous hikes, waterfalls, surfing, body boarding, sunning, yadayadayada...BUT I did get to go running 4 times, read a book on the beach, watch HGTV and ride on the Presidential Barge with the Admiral of the Navy's Pacific Fleet. And I (we) got to spend some lovely family time with Anne, Andrew and Wren, who flew from Anchorage to test our hypothesis that there's an isosceles triangle between Honolulu, San Jose, and Anchorage:

The pools and beaches at the Ko Olina Beach Club Marriott were fantastic for kids. Although thinking back on it, I wonder if Louisa would be happy anywhere, doing anything, as long as she had a pink tutu on. Perhaps, but Cora was also incredibly content in the water. Naps had the potential to be a buzz-kill everyday, but long story short, Cora was waking up so early each morning, that I was pretty interested in an afternoon nap in the cool, darkened hotel room, especially after Abby (visiting from LA while Nate was in China) taught me about the power-nap function on my Jawbone UP.

Without further ado, Louisa's tutu swimsuit on a rainy day (we had a few) and some other fun picks from the week: 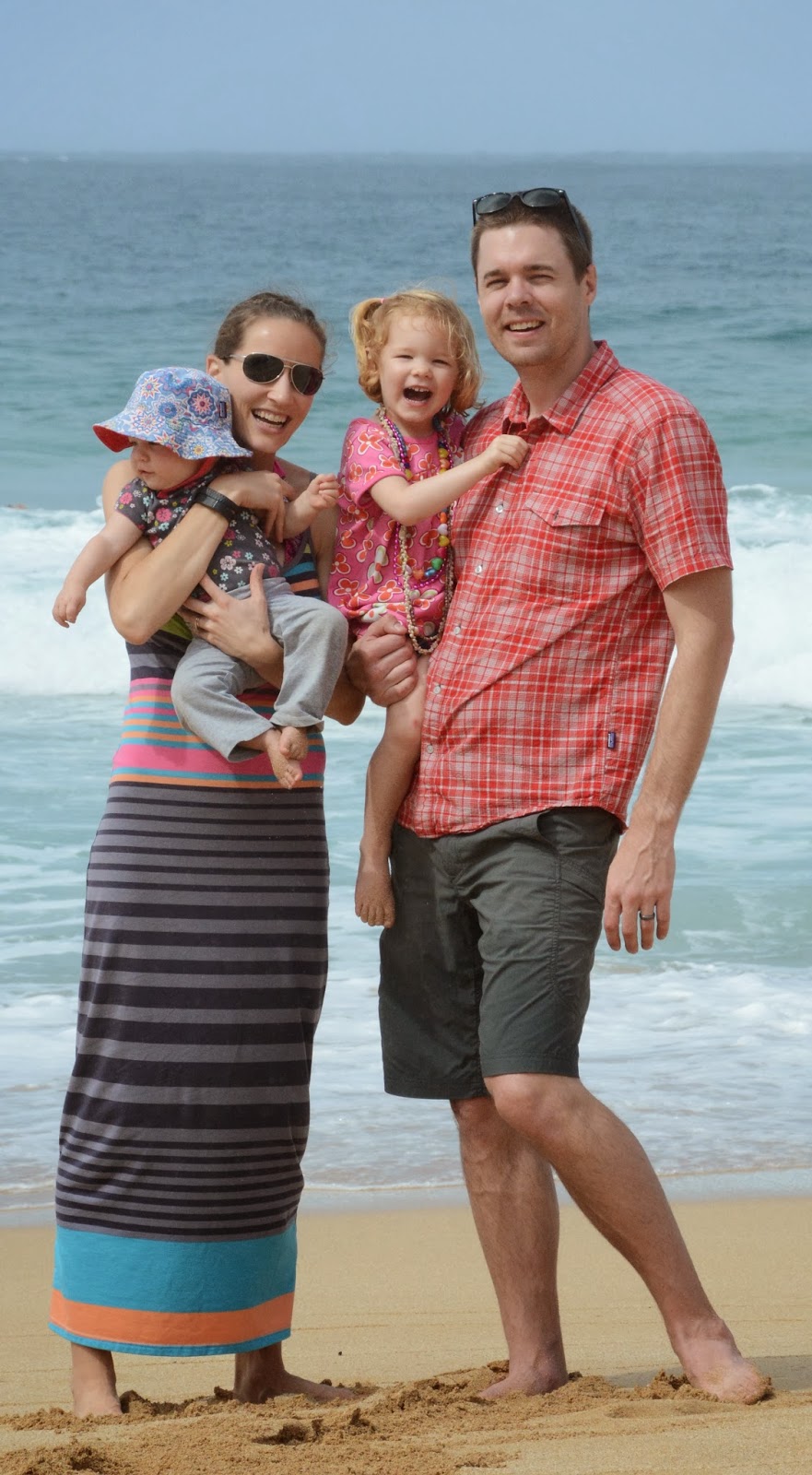 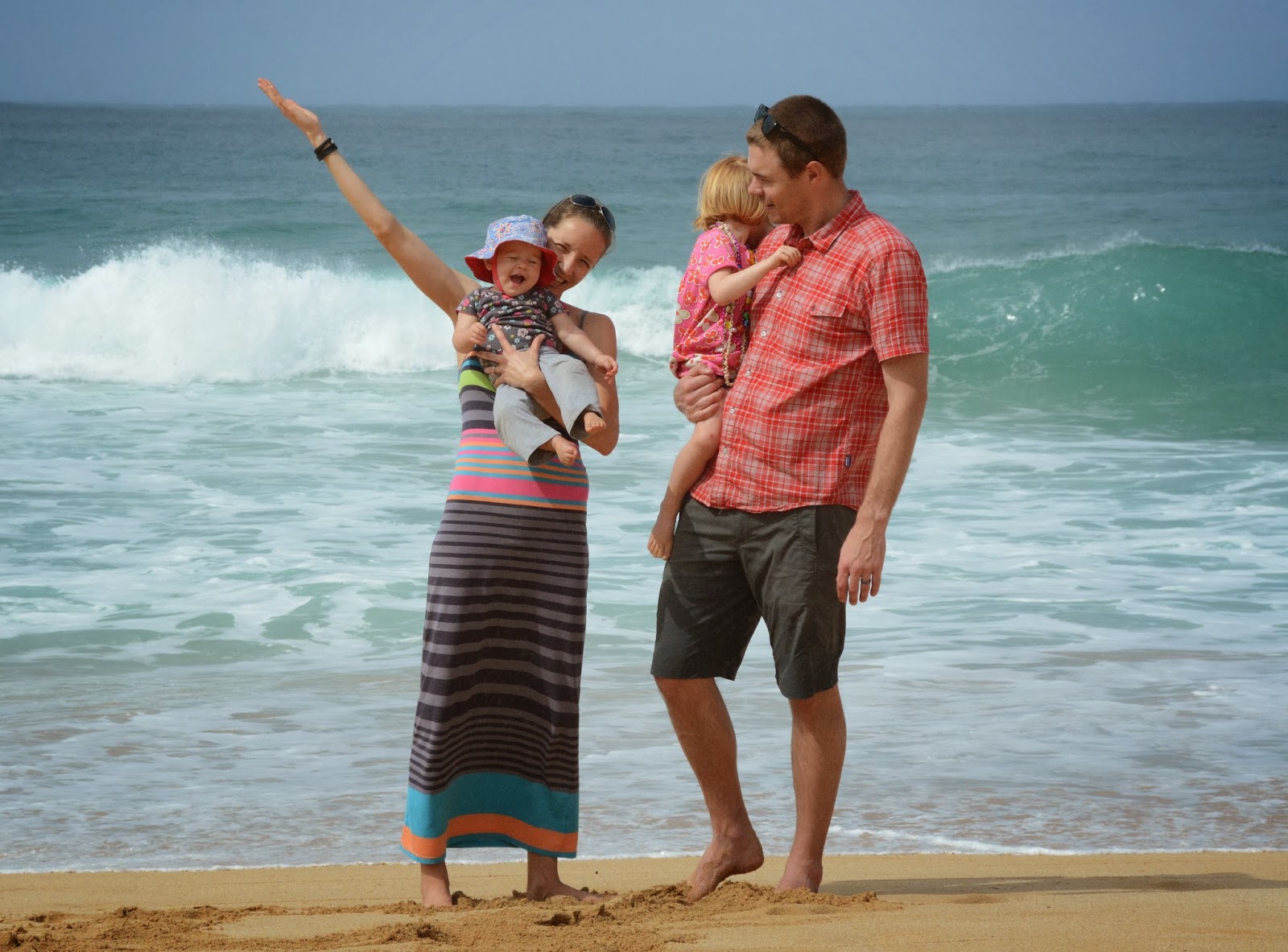 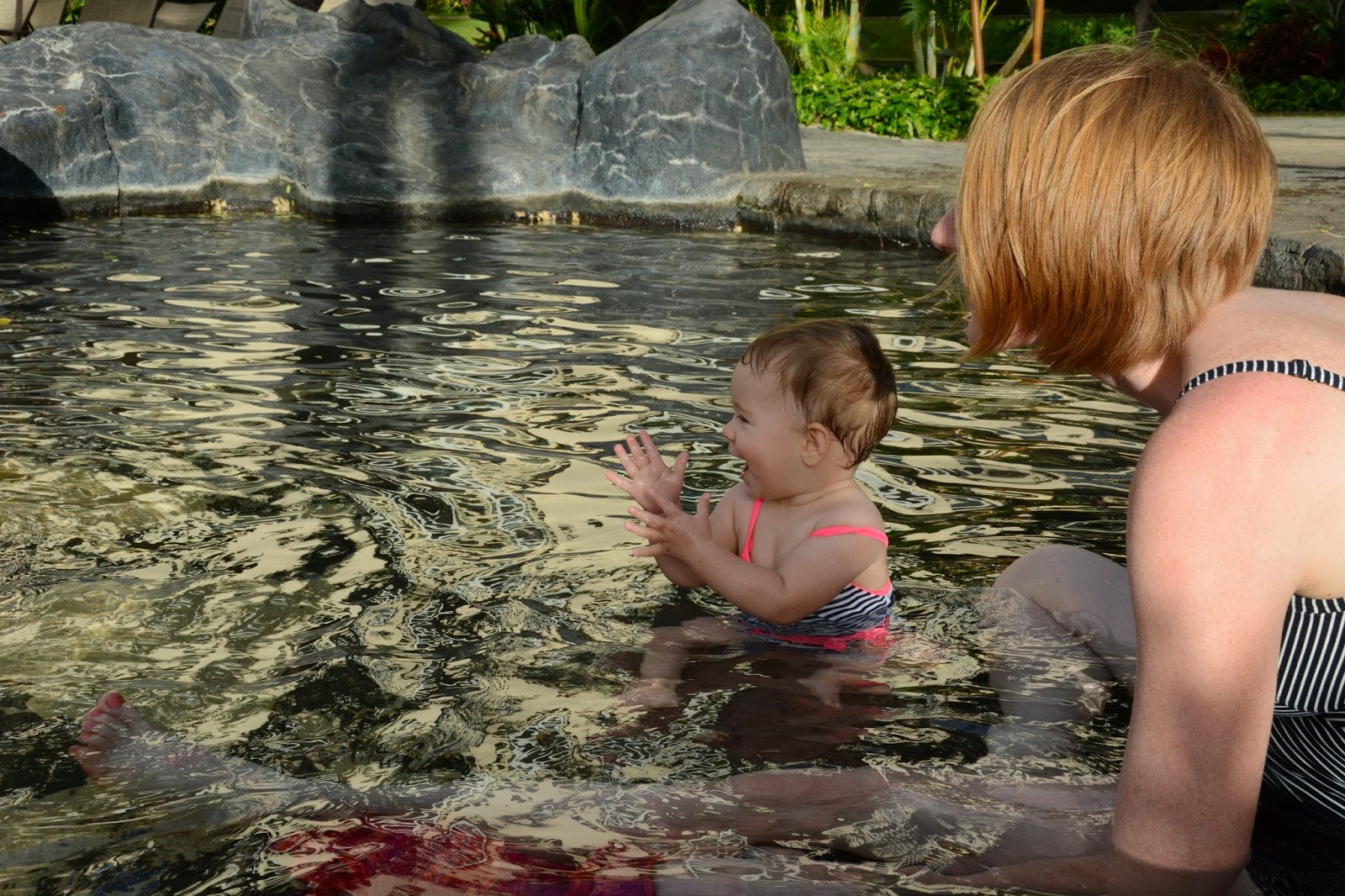 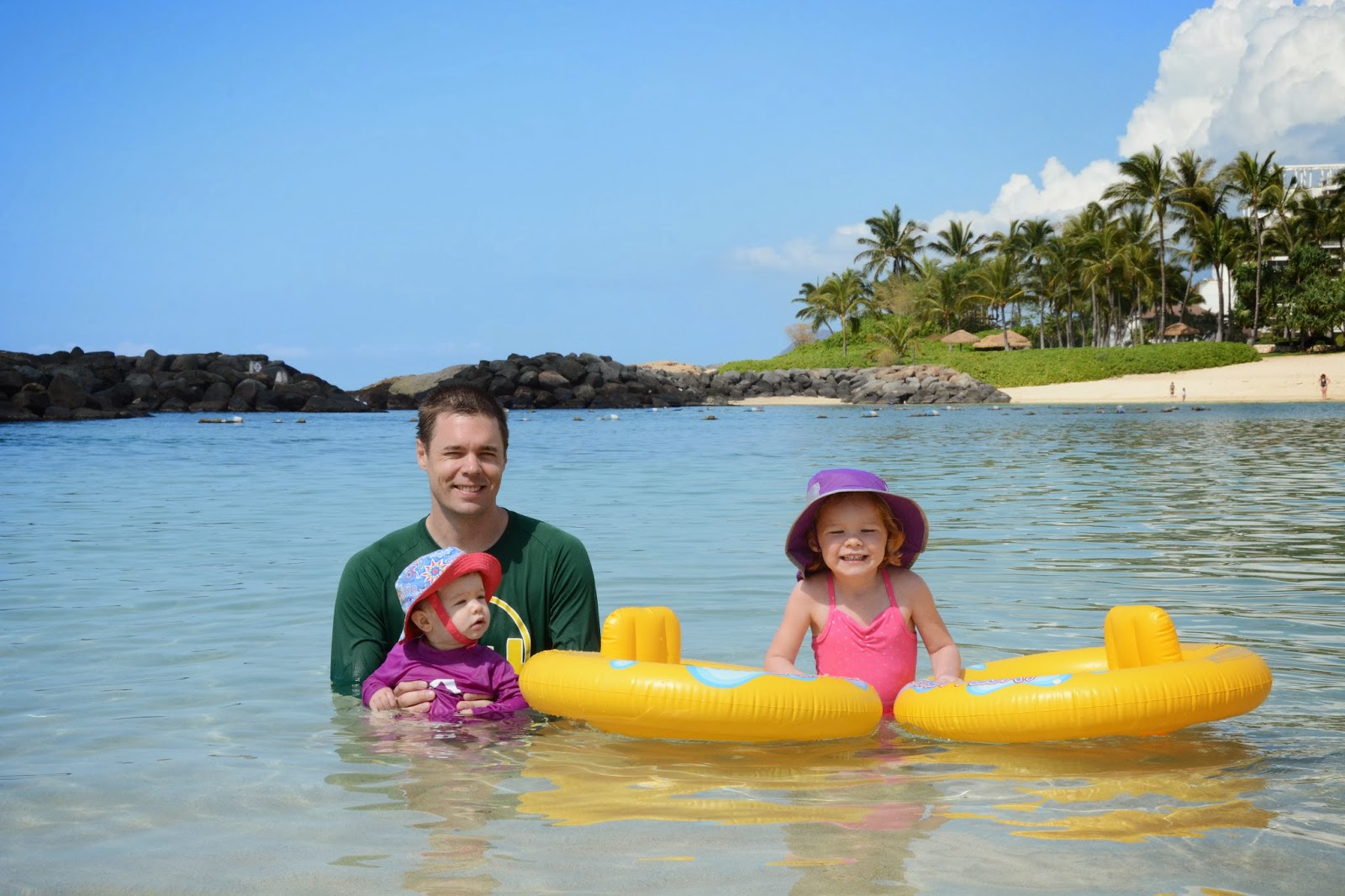 Posted by Alicia Bosscher at 1:35 AM