My Apple Girls, Captured on Film

Our real camera whispers to me from it's shelf every so often. Use me! I take better photos than your phone! I swore I'd never sacrifice "good" pictures just because I have a decent camera on my iPhone, but sadly, I have. So earlier this week, I tried to capture some cute but normal moments during our post-nap hours of 4-7 pm, when I'm making dinner, the girls are making a mess, and we're all counting down the minutes before Nate gets home.

I think this apple break was snack time at Louisa's make-believe school, where Cora is the only pupil. Actually, while editing the photos, I noticed for the first time that they each have a lunch bag next to them, so maybe the apple was part of lunch. Naturally, Louisa is the teacher. My instinct is to stop Lou from being bossy in make-believe games such as this, but then messages from articles like this ring through my head, so I bite my tongue. 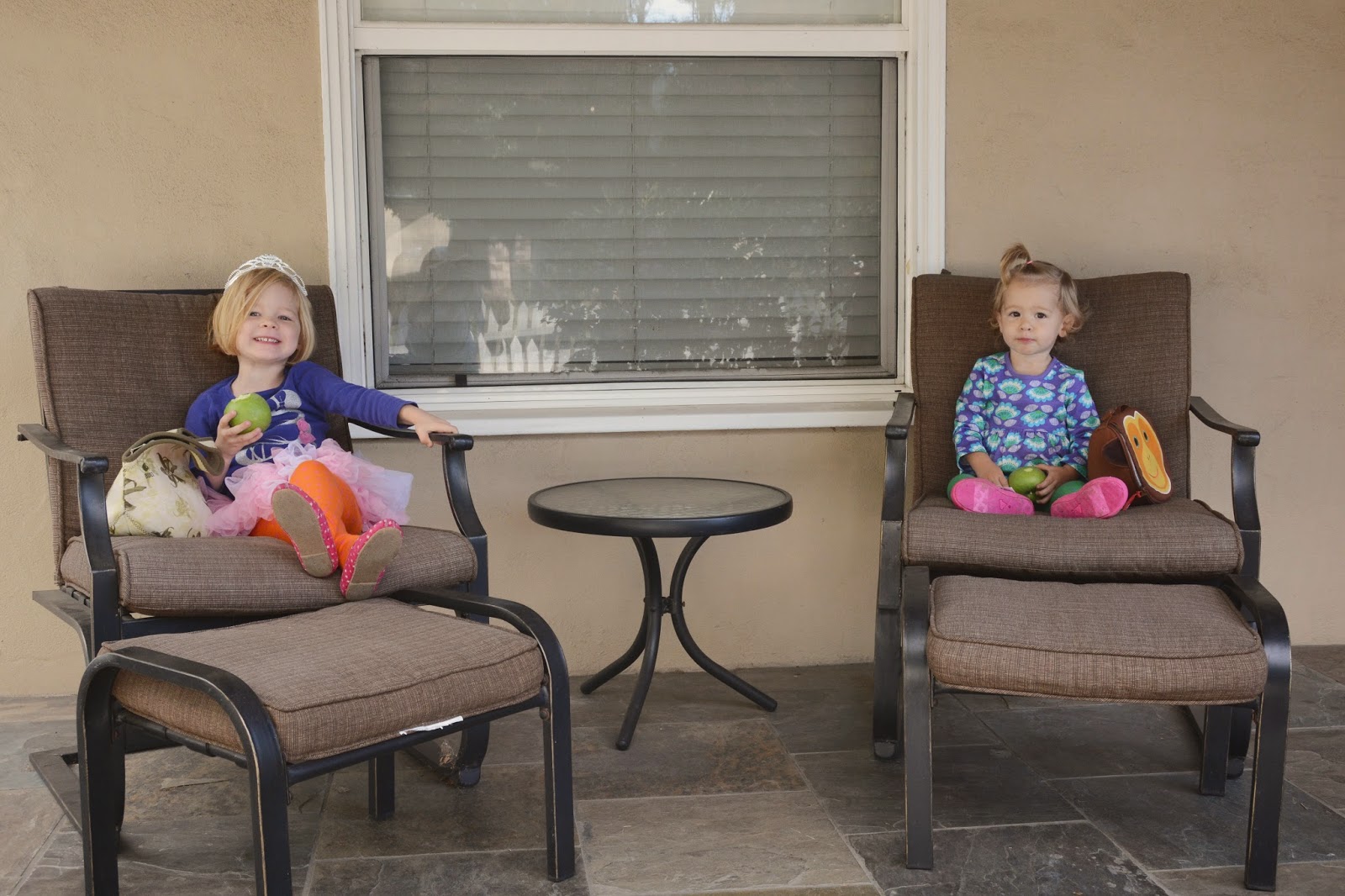 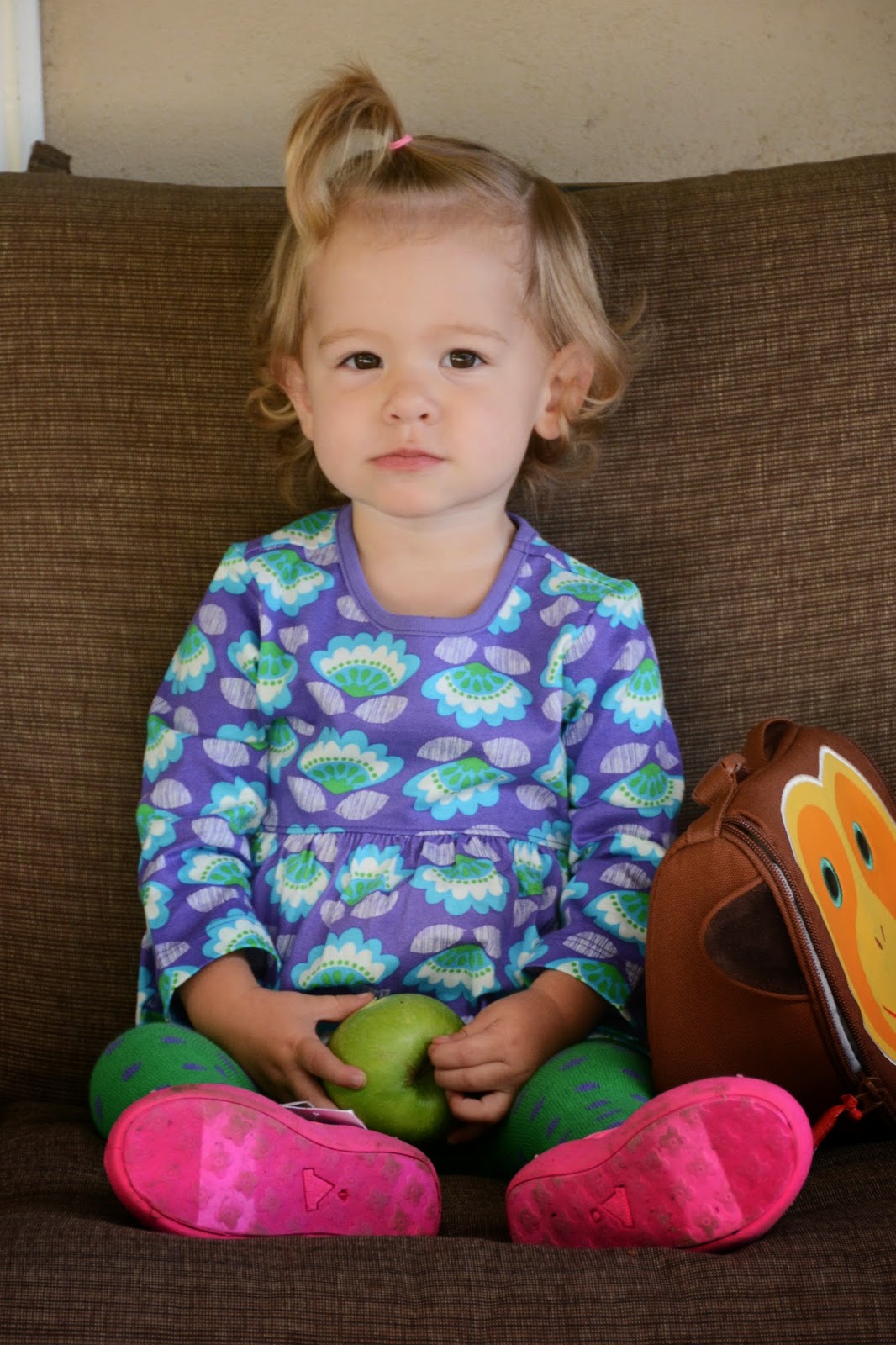 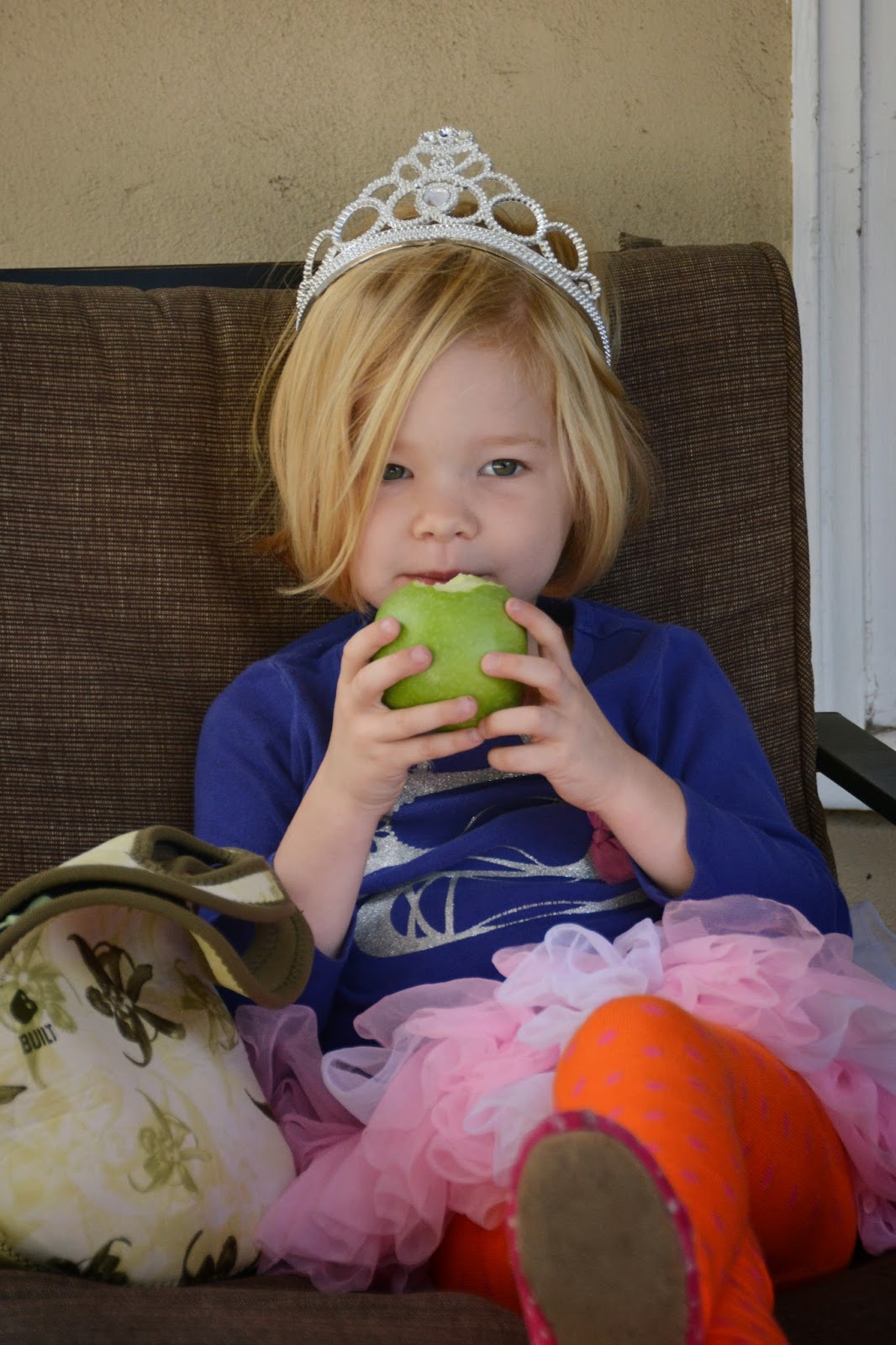 The attire you see the girls in is rather representative of the norm: Louisa dressed as a princess/ballerina and Cora wearing mostly what I dressed her in, except for her shoes, which she is very particular about. The only exception to this rule is that if Louisa picks shoes for Cora (which is the case here), she generally doesn't object. The ones she's wearing are a size 8 and she wears size 5. Me to myself, constantly: Let it go! Let it go!