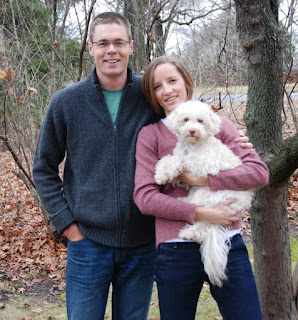 Nate and I were eating Japanese food on Christmas Eve, reflecting on everything that happened in 2009. Here are the highlights...
(click on the links to see pictures!)

January: We witnessed our first presidential inauguration on the National Mall in Washington, D.C. After experiencing the love for Obama in Uganda, this was an awesome event to be a part of.

February: We moved back to Madison on January 26th, signed a rental agreement on an apartment January 27th and moved in January 28th. Nate also signed an acceptance letter from nPoint for a mechanical engineering job.

March: Our offer to purchase was accepted on a house that I fell in love with the first time I saw it. When Nate went back to work in February, I had employed myself with a house search. Our goal was to close on a house by summer, so what a exciting surprise when we closed on March 30th.

April: We adopted Ries, my favorite little dog ever! She has been such a joy to have around and it's hard to imagine life without a dog. We also traveled to DC for the Cherry Blossom 10-miler and to see my family. I accepted a consultant job at AIDS Network in April too!

May: After enduring a windy, rainy ultimate frisbee spring league, Nate stepped up to the big leagues and began tryouts for Madison Club - the top men's club team in Wisconsin.

June: A beautiful summer was underway. We got lots of exercise: Nate made the team mentioned above, we played together on a coed summer league team - The Poundnoughts, and I started training for a marathon. 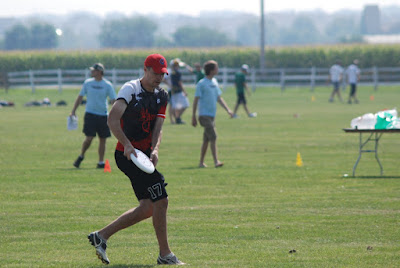 Nate at a Tournament in Chicago

July: We spent the 4th in Washington DC. I also was offered a part-time position at AIDS Network, so I started working 20 hours per week instead of 2. Frisbee raged on and we missed 2 games to travel to San Francisco and Yosemite to tour, camp, hike and visit Georgia.

August: On our 2 year wedding anniversary, we hiked and picnicked at Devil's Lake near Baraboo WI. Nate's team stared traveling more for frisbee and I kept running. 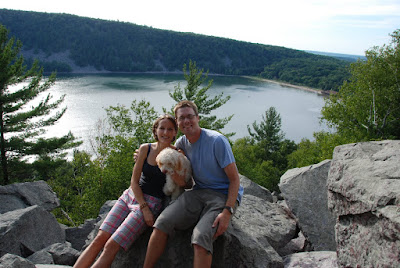 On our Hike at Devil's Lake

September: Anne and Andrew exchanged rings in Madison. Labor day weekend was an exciting, festive time with beautiful weather for an outdoor reception. I also started a 2nd job at UW Health in the pediatric fitness clinic. 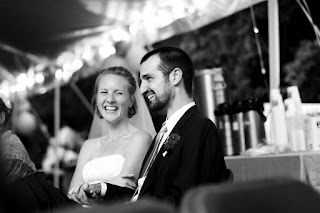 October: Finally, marathon day arrived! Matthew and I ran together and were pretty happy with our time of 3:43. The next weekend, Nate traveled to Florida for Club Ultimate Nationals, finishing 10th out of 16 teams.

November: We enjoyed a lovely weekend in Sonoma, CA, tasting wine with my parents and celebrating the marriage of our friends Tyler and Erin. And as far as Novembers in Wisconsin, the weather was lovely.

December: We've been listening to Christmas music all month long, preparing for the glorious birth of Jesus! We also survived the first storm of the winter - about 18 inches! We'll travel to Oconomowoc to be with family later today. It's been a fantastic year.
Merry Christmas! Thanks for your love.
-Nate and Alicia
Posted by Alicia Bosscher at 8:38 AM